12 Years So Far in Jiu-jitsu 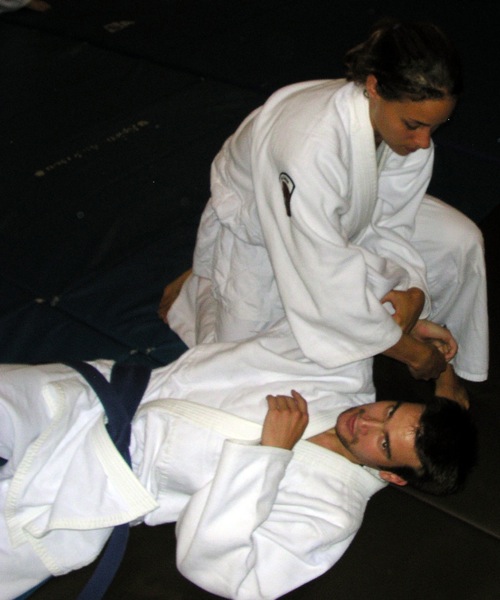 This week marks my Jiu-jitsu anniversary. It’s been 12 years since I nervously stepped onto the mats at Carleton University and was introduced to the world of locks, throws and pain by Kieran Parsons Sensei. It seems fitting that this week also marks my birthday, and gives me an extra excuse to look back a little at the path I’ve taken to get to where I am today. Please forgive my indulgence.

I recently achieved the rank of Nidan in Can-ryu Jiu-jitsu and in addition to the physical testing I was required to write an essay on how teaching this style of Jiu-jitsu has changed my perspective. When I first sat down to write that essay, it was a bit of a trip down memory lane, and led to many of the following thoughts.

It’s weird in how 12 years both seems a fairly long time, and a very short time. It’s over a third of my life, yet, when compared to some of the instructors I get to train under, it’s not that much. I think the instructors with whom I train most regularly, the smallest amount of time they’ve trained is 20 years. Yet looking back at what’s happened in the last 12 years, I see Jiu-jitsu as the only constant (non-family) element in my life.

In the past 12 years I earned a university degree in journalism, spent several years running someone else’s business , left and returned to the security field with a ten year gap, worked in marketing, web development, lived and worked abroad in geophysics, moved across the country, met and married my wife…

A lot has happened, but I can still remember my first class. I was in my first year at Carleton University and after the first semester, with everyone around me suffering from the freshman fifteen, I had lost weight. I had given up playing competitive soccer, and hadn’t found anything to fill the gap, so physical activity was in order. A friend of mine who had trained in Kung Fu thought we should sign up. But on researching it, the style of Kung Fu was too similar to what he’d already done, and he was afraid he’d be bored or forced to teach. So the next item on the list was Jiu-jitsu. That’s how we came to what would become a life changing decision. It just happened to be next on the list of activities. Thankfully Greco-Roman Wrestling wasn’t offered at the time, or things could have turned out quite different.

I had never really heard of Jiu-jitsu, aside from a quick reference in the Matrix. The Gracies had yet to take the world by storm, so I didn’t suffer from any confusion as to where the art came from. The description listed it as “open handed defence against armed and unarmed attackers.”

I was pretty nervous, and I probably wouldn’t have attended if not for my friend who dragged me along. It’s this memory that gives me great respect for those people who come to our dojo on their own. I’m not entirely certain I could have done that, so I give a mental nod to everyone who does.

I still remember the main technique Parsons Sensei taught that first class. I’m not sure if it was purposely chosen to be a tad flashy in an effort to get people to sign up beyond the trial class or not, but it certainly worked on me. He taught a defense against someone attacking with a bottle. It’s a difficult technique that has since fallen out of favour in that style of Jiu-jitsu due to it’s high rate of failure in tests and high stress training.

I remember the excitement my friend and I had after leaving that class. We found some empty plastic bottles and endeavoured to teach some our friends in the common room at our residence. It didn’t go very well, and I vaguely remember someone getting slammed into a wall, (I’m pretty sure it was me), and us deciding perhaps we’d keep our training to the dojo. So ended my first foray into teaching Jiu-jitsu. I’d have a little more experience the next time.

But I was hooked, and for the next several months I went into the dojo twice a week and eventually earned my yellow belt. I moved back home with my parents for the summer and yearned to train. I even went into a Jiu-jitsu club a little ways from my parents home which was located out in the sticks near Ottawa. I didn’t like it there, and didn’t end up returning. It would be years before I found out the teachers there were teaching an offshoot of Can-ryu Jiu-jitsu, the style I now teach. 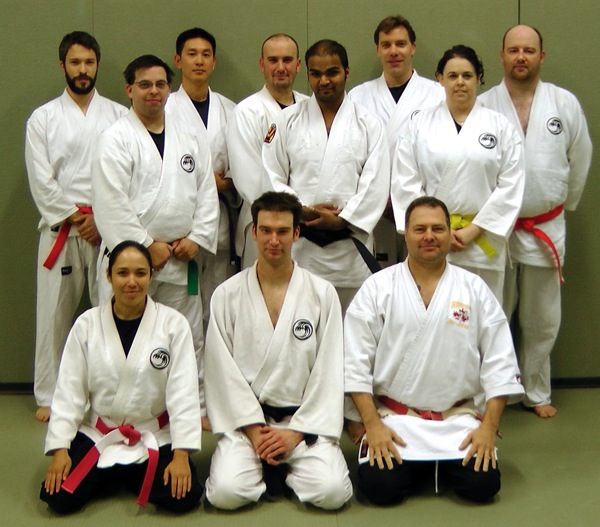 A lot has happened in my training since then, like my first recorded instance of optimism after I failed my green belt test. I also remember knowing a romantic relationship was doomed after I mused to my then girlfriend about quitting Jiu-jitsu and she whole-heartedly agreed. She didn’t quite get it or me for that matter.

Through all of this, the different jobs, moving across the country, etc. one thing remained constant – the mental solitude that entering a dojo afforded. It has always been a place I could enter and forget the outside world. And those days I had trouble letting go and focusing on training, a punch in the face tended to wake me up pretty quick.

Training in Jiu-jitsu has given me so much, great friends, a community, a job, a mental escape, and it even introduced me to my wife. It seems fitting that I now get to give back as an instructor and perhaps affect change in someone else’s life.

It’s just not what I had envisioned when I took those first tentative steps in Carleton University’s combatives room. But I’m happy for the surprise.

What’s Jiu-jitsu brought you? Do you remember your first class? Please share your experience in the comments below.