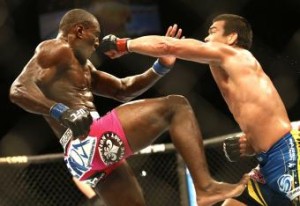 For smaller stature people like me, the speed of entry and application of techniques helps make the best use our natural agility, and advantage we have over many larger/stronger attackers or opponents. Regardless of size, speed of entry helps the defender make better use of the element of surprise. It helps you stay one step ahead of your attacker or opponent, making it harder to mount a defense, whether through the use of strength or technique. There are lots of benefits to improving speed of entry, so below are a few tips for effectively applying and training this concept. END_OF_DOCUMENT_TOKEN_TO_BE_REPLACED

Smaller statured men and women often encounter many challenges in the martial arts related to their smaller strength, weight, height and reach. More often than not, they frustratedly struggle against their limitations, which frequently leads to their giving up early on in their career. Or if they stick with it, they sometimes settle for less with themselves, accepting that there are some things they will simply never be able to do well in the martial arts. This is what happens when you focus on your weaknesses and the liabilities they present. Over the past 20 years of training as a smaller statured woman, I’ve learned that the best way to compensate for so-called liabilities is to focus on developing my personal strengths and the unique opportunities they present. END_OF_DOCUMENT_TOKEN_TO_BE_REPLACED 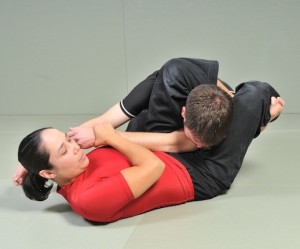 I’ve been grappling for a number of years now, and have developed a variety of different submissions into my repertoire. Like many people, I’ve come to have a few submissions that have emerged as my “go-to” moves that I come back to time and time again. One such move is the triangle choke. A great number of my successful submissions have been from the triangle, especially against larger/stronger opponents. END_OF_DOCUMENT_TOKEN_TO_BE_REPLACED 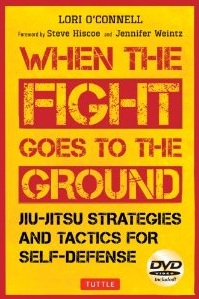 I’m happy to announce that this month my new ground defense book/DVD, When the Fight Goes to the Ground: Jiu-jitsu Strategies & Tactics for Self-Defense, will be available online and in retail stores all over the world.

I started working on this book on contract for Tuttle Publishing back in January 2010, and now, 3 years later, after countless hours of work writing, doing photo/video shoots, making edits, etc, it has now been published and will soon be released to the world. I always had a goal of one day becoming a published author, and that day has now arrived! END_OF_DOCUMENT_TOKEN_TO_BE_REPLACED

In my last post, I talked about my favourite 5 stand-up strikes for self-defense, based on simplicity, ease of learning and application, and versatility, as per the tenets of my style, Can-ryu Jiu-jitsu. Today I’d like to do the same for ground defense, covering the vital targets that give the most bang for buck in terms of self-defense, all of which are covered in my newly published book, When the Fight Goes to the Ground: Jiu-jitsu Strategies and Tactics for Self-Defense.  END_OF_DOCUMENT_TOKEN_TO_BE_REPLACED 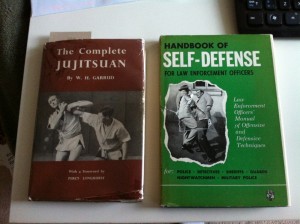 I am always on the look-out for old martial arts books like that for a variety of reasons. Firstly, they’re interesting to read from a historical perspective. The writings reflect the unique attitudes toward training and combat of the time and place during which it was written. The demonstrators wear clothes that are customary for the era, which can make for differences in movement strategy. The techniques sometimes comprise of different moves or even weapons that have fallen out of favour. And sometimes you find different techniques or ways of applying familiar techniques that are new to you. END_OF_DOCUMENT_TOKEN_TO_BE_REPLACED

The Importance of Role-playing in Martial Arts Training

This past weekend I taught at the Canadian Jiu-jitsu Union summer camp, an event featuring 10 hours of training over 2 days with 8 instructors. I usually like to work with a particular theme and this year I worked with the theme of being a role-player. By role-player, I don’t mean playing games like Dungeons & Dragons though I do think that the martial arts attract many such players. But even if one has never touched such games, if you train in the martial arts, you’ve probably been a “role-player” at some point. END_OF_DOCUMENT_TOKEN_TO_BE_REPLACED

I like to check out YouTube on a fairly regular basis to find interesting new concepts or techniques in the martial arts. This week, I decided to explore different alternatives for guard passing techniques that can be used in Jiu-jitsu submission grappling. One of the great things about submission grappling as popularized by BJJ is that because so many people are doing it, it evolves very quickly and people develop interesting new ways to improve control, submissions and defense on the ground. In our dojo, we don’t enter tournaments or train for the purposes of competition because our primary focus is self-defense, but we still practice submission grappling techniques. Submission grappling has become so popular as a sport you cannot afford to ignore it in the self-defense world, and it offers a lot of value for improving one’s defensive capabilities on the ground. You’ll see more of my ideas behind this when my book, When the Fight Goes to the Ground: Jiu-jitsu Strategies for Self-Defense which I wrote for Tuttle Publishing, comes out early next year. END_OF_DOCUMENT_TOKEN_TO_BE_REPLACED

What Martial Artists Can Learn from Animal Fight Videos

Humans are animals. This is a fact we often forget in our day-to-day lives. We have instincts and behaviours that are very much linked to our bestial ancestors. Legend has it that a number of ancient martial arts masters observed animals to develop their techniques and fighting styles. If it was good enough for the masters, it’s good enough for me. So without further ado, I bring you the lessons to be learned from some of YouTube’s most popular animal fights. END_OF_DOCUMENT_TOKEN_TO_BE_REPLACED 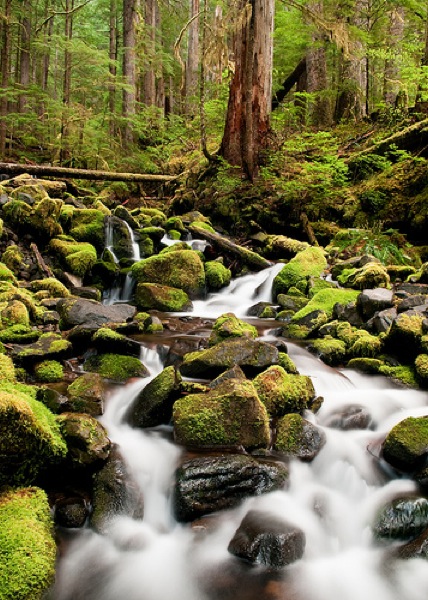 In Jiu-jitsu, as in many martial arts, the goal is to develop great technique so as to use one’s energy with the greatest level of efficiency for maximum effect. Jiu-jitsu literally translates to mean “the art of pliancy or flexibility.” When students get stuck on a technique though, sometimes they will try to use power to force it to work. This not a good approach if your goal is to become a better martial artist. Water is often used as analogy of how we should train in the martial arts. It finds the path of least resistance and flows around its obstacles. Bruce Lee himself said: “Be like water making its way through cracks. Do not be assertive, but adjust to the object, and you shall find a way round or through it.”

There are a variety of practical reasons for not trying to force your way through martial arts techniques. Here are 6 examples from my own experience: END_OF_DOCUMENT_TOKEN_TO_BE_REPLACED