How Do Your Negative Behaviours Reward You? – Part 1 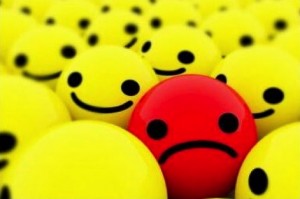 We all have certain negative behaviour patterns that interfere with our productivity, happiness and peace of mind. Some people are completely unaware of how these behaviours affect their state of mind, simply allowing them and accepting them as an every day reality. Other people recognize the negative affects, but struggle to get these behaviours under control.

The reason why negative behaviour patterns are maintained is that they reward you in some way in the short term, even if there are greater costs in the long term. If they didn’t, you wouldn’t keep doing them. The first step toward gaining control of your negative tendencies is to recognize how they reward you, so that you can realize this as it is happening and try to replace it with a more positive behaviour.

Martial arts classes are like a microcosm of real life. A student’s development and progress as a martial artist and social interactions with other students are very much affected by their overall attitudes and behaviours, which express themselves as they train, much the way they do in their day-to-day lives. By recognizing them and dealing with them within the context of one’s martial arts training, the student can then start to apply this to the rest of their life. This is one of the reasons why martial arts are seen as a valuable tool for personal development.

Let’s take a look at how 4 different negative behaviour patterns serve a person’s needs and what steps a person can take toward replacing them with positive ones.

In the dojo and in life, often times, people hold negative beliefs about themselves. In my martial arts school, I’ve seen a variety of these including the belief that one just isn’t flexible, can’t throw a much bigger person, can’t lose weight, has a bad memory for techniques, doesn’t perform well under pressure, and the list goes on. The immediate reward for negativity is that it helps you retain your self-esteem. If you believe there is some inherent reason why you can’t do something then you don’t take it so hard emotionally when you fail to perform as well as you would like. The down side to this is that it also serves as a block that holds you back from overcoming the issue and making the progress you ultimately want.

When you aren’t able to perform something or you struggle with an issue, a better approach is to not focus on your failings, but on your progress. What little things can you do to improve over time? It may be taking the time to stretch every day, practising your throwing technique, reading up on fitness and diet management, or it may be as simple as asking for help from your instructor. Whatever approach you take, face it with a positive attitude and allow yourself to be rewarded by those little steps you take. If you keep taking steps in a positive direction, one day, you’ll surprise yourself.

Being Hard on One’s Self

Some people push themselves very hard to excel at things they do. They hold high standards for themselves then push themselves to meet those standards. If they don’t meet those standards, they come down hard on themselves emotionally with disappointment and/or anger. This can also result from the negativity discussed in the previous paragraph. In the short term, self-punishment can push a person to work harder to overcome their perceived deficiencies. But this behaviour takes its toll over the long term. These students never seem to get to a place where they can be satisfied with their progress. They always hold their goals just out of reach. You can only take so much emotional punishment, eventually you burn out.

It’s ok to push yourself to be better than you are, but you also have to enjoy the fruits of your labours. Enjoy the process of training, for better or worse, regardless of progress. And when you do accomplish something, give yourself a little pat on the back and appreciate it. Don’t make your happiness contingent on the accomplishment of your goals, and certainly don’t denigrate yourself for not making them. Just give yourself smaller steps that keep you moving positively toward your goals in the long run.

Quite the opposite of the last two behaviours, overconfidence keeps you feeling good about yourself, even if its artificial. It keeps you coming in to the dojo, because you’re excited to do something you think you’re good at. Someone who is overconfident may have some worthy skills, but often glosses over the things they aren’t good at in their mind, just to maintain their self-esteem artificially. This prevents them from making further progress. In their minds, they have a perfect side kick, even when their instructor gives them advice for improvement. They might say to themselves, “Oh, I usually do that. I was just having a moment,” not realizing that they actually have that issue all the time. Overconfidence can also lead to injury. The person might attempt a harder type of breakfall before they’re ready. Or on the flip side, they might try throwing someone harder than they should without having developed the proper technique, causing their uke to fall in a compromising position.

It can be quite difficult to overcome overconfidence because the rewards are so strong. Often times over-confident people don’t even realize the problem until something happens, like an injury or an instructor telling them they’re not ready for their next belt test because they aren’t fixing the problems that have been indicated. If the person is honest with themselves, they’ll take this to heart and be more open to feedback from their instructor and their peers. If they’re not, they may simply quit training at the dojo altogether simply to maintain their self-esteem.

Arrogance is a display of superiority or self-importance, a sense of overbearing pride that doesn’t win people any friends. It may be based on a realistic assessment of one’s skills. The person may in fact be better at performing the physical techniques of their martial arts than their peers.  It may also be a result of overconfidence. Arrogant behaviour offers the same type of self-esteem benefits as overconfidence, but at the expense of other people. An arrogant person holds themselves higher in importance than others based on their abilities, whether it’s true or perceived, pushing other students down in the process.

There are some obvious negative side effects in that people simply don’t like the person. And sometimes they’re ok with that, often dismissing it as jealousy. But in the long run, it impacts in other ways. People start avoiding working with the person, some may even exercise their own negative behaviour patterns and try to knock the person down a peg or two as they train. The person’s instructor may even hold them back from grading for their next level to teach them humility.

To overcome arrogance, a person has to replace their self-importance by placing a greater sense of importance on their community. They need to realize that they are part of something greater than themselves, not just their martial arts school, but the greater community of the world. And once a person starts to focus their energy on building other people they simultaneously build themselves, humility replaces arrogance as they realize that their skills and abilities on their own are of little consequence without actualizing them in some way to benefit the world around them.

In part 2 of this blog post, I will cover the rewards of 4 more negative behaviour patterns, and ways to overcome them.

One thought on “How Do Your Negative Behaviours Reward You? – Part 1”