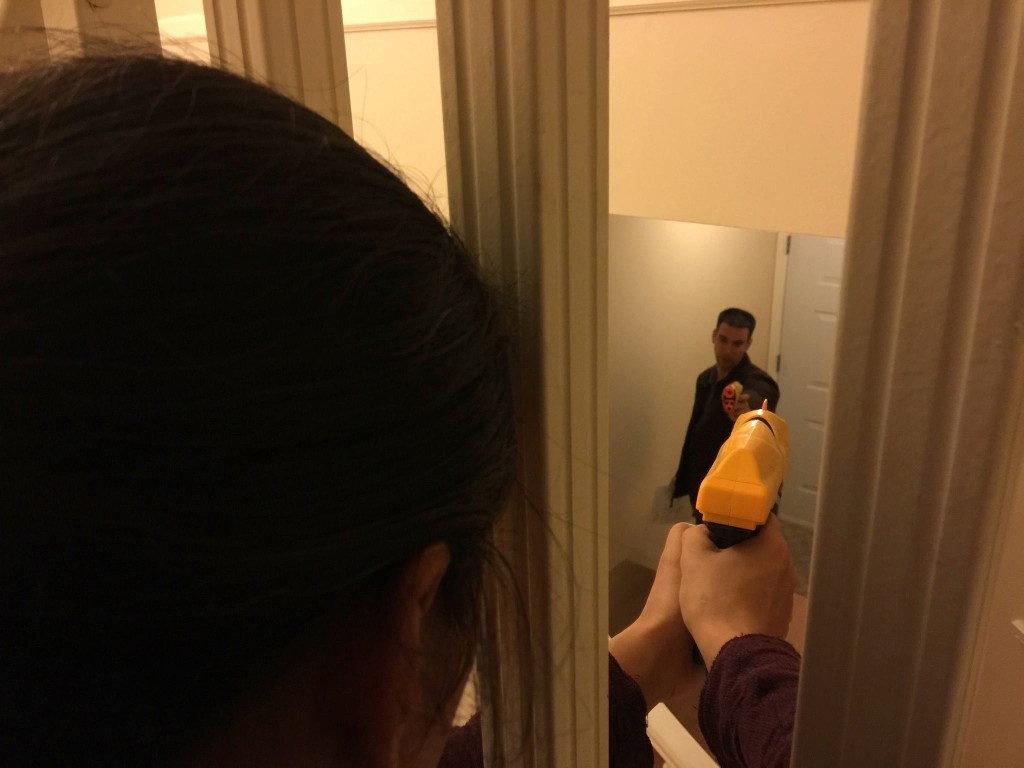 One thought on “Nerf Warz: Dinner’s On”