Reflections to the 5th Degree: On My Promotion to Godan

Last week, on Thurs. Sept. 6, I was promoted to 5th Degree Black Belt. A lot of people asked me how  I feel about it. I thought it best to summarize my reflections on this milestone here. As I think back over the past 20 years of martial arts training, teaching and all the life experiences associated with it, what stands out most are all the relationships that have developed over the years.

I remember being an awkward teenager trying to learn what it meant to be strong through my Jiu-jitsu training, and the support I had with wonderful teachers who were around the same age as me, but much more confident and and self-assured, who gave me the examples that I looked up to as I developed. 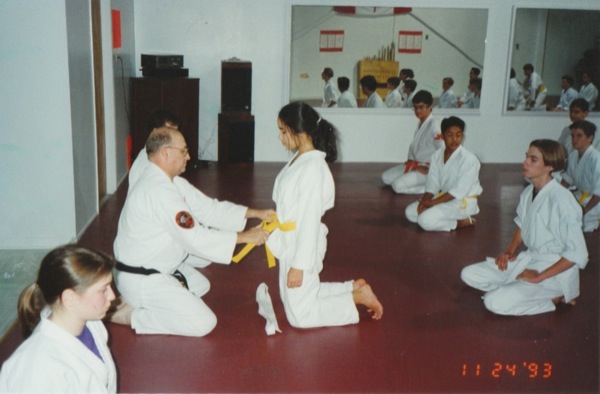 As I went into university years and started teaching alongside one of my role models as a black belt, I found a place to belong and started to learn what it meant to be a leader. I learned to help others but not to hold myself above them, carving out memorable experiences and friendships, a number of which I’ve kept up over the years, despite distance and the long intervals of time between meet-ups. 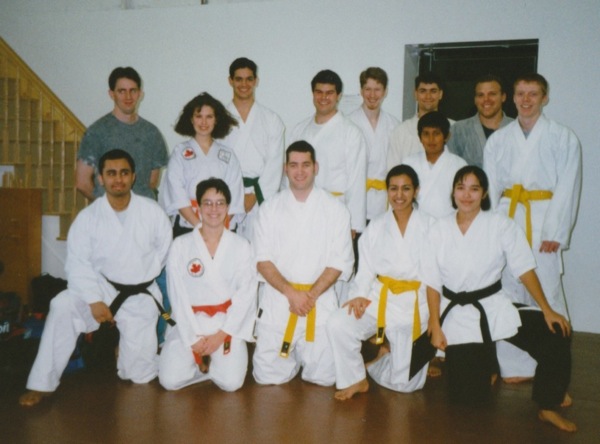 When I went to Japan, I learned the value of taking initiative to keep my love of training alive. Having had difficulty finding a place to train that matched my needs, I ended up starting my own class at the local community centre, which I kept up over the 3 years I was there, teaching foreigners and a few brave Japanese. Even though we all knew our time together there would be temporary, my students and I made the most of our time training together and have even kept up with each other over the years. 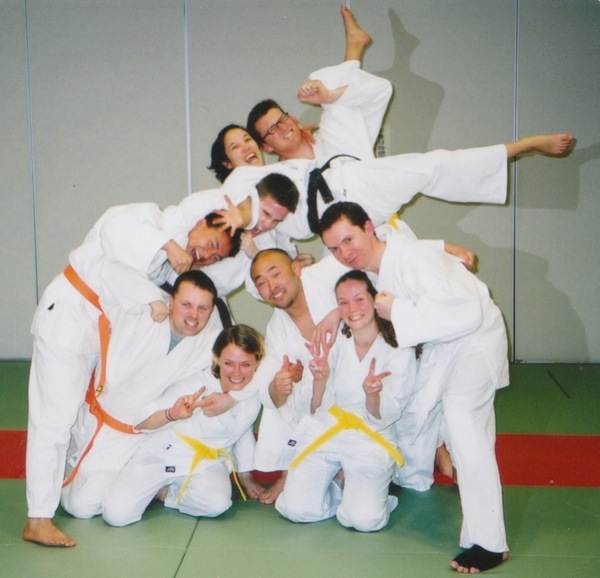 When I moved to the Vancouver area, I trained in other martial arts for the first couple of years, but found myself yearning to go back to my first love of Can-ryu Jiu-jitsu, so in January 2006, I started Pacific Wave Jiu-jitsu (known as ‘West Coast Jiu-jitsu’ at the time). In doing so, I learned that when you make a decision, and follow through on it, the universe seems to conspire to make it happen. Somehow everything I needed to get my class started fell at my feet perfectly. 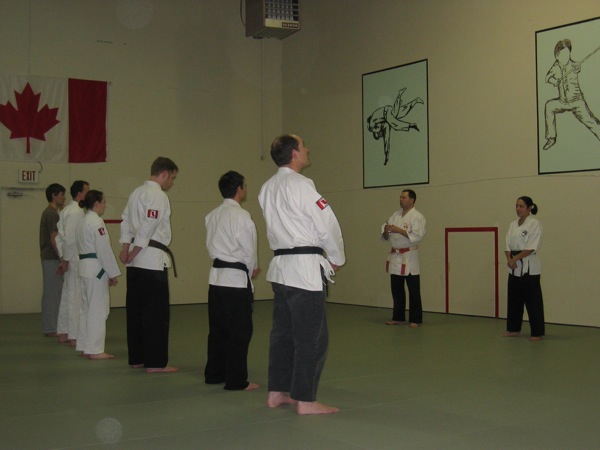 Of course, that doesn’t mean that life doesn’t throw challenges your way.

After a few months at our first location, things changed and we had to move out of the place we were training out of, and for one month, we kept things going by training out of a student’s garage. Fortunately, we managed to find a new location soon after, but I will always be grateful for the student who offered up their garage (even though she no longer trains) and the students who stuck with us through that difficult time of transition.

Since then, we’ve changed location a total of 5 times, each time taking a step up to improve our situation. Now on our 6th location, we have our own facility completely under our control, with a wonderful sprung floor and dojo layout that our students all helped to build, either by donating their time, contacts or supplies to make it our best dojo ever. The countless hours of working together with smiles and the satisfaction of a job well done touched me deeply because I could see that the dojo was bigger than me. It was a self-supporting community that everyone was proud to be a part of. 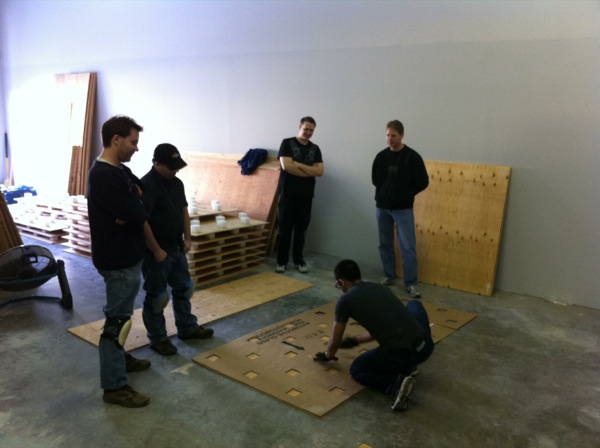 Over the past few years, it hasn’t been just my own dojo, students and style that I was working with. After teaching and training at multiple summer and winter camps, and from becoming involved with other styles and their organizations, I’ve developed relationships with students and instructors at other dojos whom I get excited about seeing and training with when an event or training opportunity is forthcoming. We’ve had numerous people come to visit our dojo from out of town and these have always been memorable experiences. I relish the opportunity to teach students form other dojos and learn from other instructors, and these experiences always remind me that the community doesn’t end at my own dojo’s door. 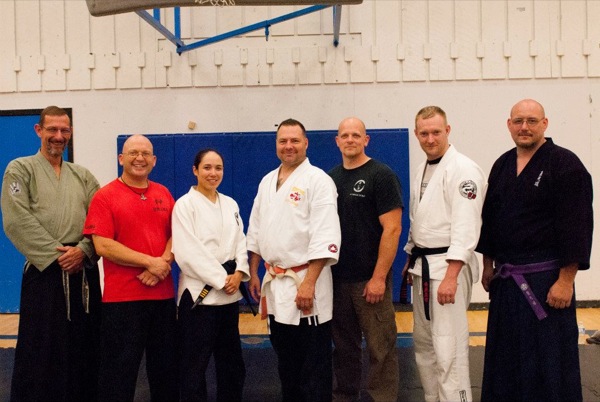 This is also true in the online world. Through my blog, my books and through social media, I’ve made martial arts friends all over the world. People contact me to ask questions, offer support, give congratulations, without even having met me or trained with me. And a number of the relationships I’ve built with other instructors online have developed into friendships. I greatly value the additional insights and advice I’ve gained from chatting with other instructors from all over the world. Some of these relationships even transition into the real world. I say this as I look forward to a weapon throwing seminar we’re hosting with Sifu Restita DeJesus in a couple of weeks. I had met her originally through my Twitter account and now she’s coming up to visit Vancouver for a weekend and I get to meet her in person for the first time.

Now as I look over all the messages of congratulations I’ve received from people with whom I’ve developed relationships over decades or just a few months, I see the true value of my promotion to Godan. It’s not about the promotion itself. In the real world, no one really knows the difference between the different degrees or dans. Most people can’t even really distinguish the technical abilities from one level to another at the higher levels of development. What they can see is what you’ve given back to the world through the community you’ve built over decades of involvement. And the way I feel when I think about everything that has led up to Godan is the same.

What has mattered most to me is not what accolades I’ve received or honours that have been bestowed on me (though I greatly appreciate the sentiments behind them), or my own skills as a martial artist (though I do always strive to improve on them). The value of my Godan is in my relationships with my students, instructors, and the martial arts communities they are a part of, from my own humble dojo to the international martial arts community at large. Without all these people, I wouldn’t have been able to get where I am today.

There are far too many people to thank to do so individually, but I would like to give special thanks to Ed Hiscoe Hanshi, my Sensei, whose influence extends all the way to the start of my martial arts career, without whom I would never have started my journey into the world of martial arts. I’d also like to thank Chris Olson Sensei who has supported my dojo in countless ways by being my ever-faithful second-in-command.

Thank you all for your support over the past two decades and in the years to come.

One thought on “Reflections to the 5th Degree: On My Promotion to Godan”