Scheduled Group vs Individual Testing in the Martial Arts 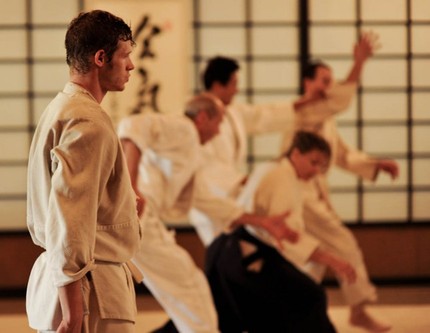 When it comes to belt testing, there’s a couple of schools of thought from instructors. In some schools, it’s a special event, where you’re evaluated on your performance on the day and you earn your level based on how you do. In other schools the belt test is more of a formality. It’s a review session, and the instructor has been evaluating you every class, decided you’re ready to advance in the belt system. You then demonstrate the techniques with a more compliant partner, rather than performing them against resistant “attackers.”

In a semestered system, belt tests are administered in a group with a scheduled date. For example, test dates may be set every quarter of the year, and students then train towards those days.

Testing by need leads to instructors keeping an eye on students in class, and when a student looks to be ready (or has attended a certain number of classes), a test date is scheduled.

I’ve trained & taught extensively in both types of testing environments, and both present benefits and challenges for instructors to work with.

Camaraderie: Working towards the same test day brings students together as they work towards a shared goal, assuming people don’t feel like they’re competing). Especially after the first belt test or two, people see the testing as a challenge to overcome as a group, and train harder and push each other in order to be as good as possible. Shared victories over difficult challenges can lead to enduring friendships.

Goal in Sight: When you have a testing date, it can really motivate people to train and come to class. Working towards that can keep students attendance up, and motivate them to really focus on their training.

Simpler for Instructors & Students: While testing many students at once leads to a very busy day(s) for instructors, it lessens the scheduling burden, and makes it much easier for students to find training partners for their tests. It also means instructors don’t have to track students progress quite as closely day-to-day.

Cramming: Having a set day means students who like to procrastinate or are less focused on their day-to-day training may end up cramming close to grading time.

New Student Difficulties: It can be hard to incorporate new students when you grade on a semester basis if they join a club close to testing times. This can be tough on new students as they may feel out of sorts, while an instructor may be overly focused on preparing students for testing. It can also mean that new students have to wait longer for their first test, which can cause some retention issues.

Belt Chasing: Having a set schedule is good as it leads to focused & goal training attitudes. However, it can also lead to the mentality in students that they’re always preparing for a belt, and may be more focused on learning for their next belt, rather than refining their skills at their current level. When you get used to steady progress, it can become expected that you’ll always be grading, which can lead to disappointed by students.

Inflexibility for Instructors: Teachers in larger clubs may be forced to stick closely to curriculum in order to ensure students are ready for their next test. (This is especially true for instructors that have an outside testing panel come and conduct their tests.) This can lead to a lack of innovation on the instructors’ side, and potentially burning out if they don’t feel they can go off topic.

Larger Tests: This really depends on how the tests are organized and the instructors, but larger tests with more students can have some negative side effects. While bigger tests can be a boon to the students because they feel like there’s less pressure, there’s more stress on the instructors, and less of a chance of specific feedback for students.

People Can Learn At Their Pace: Everyone learns at a different pace, and taking away the grading dates can lead to students relaxing and focusing on getting the techniques, rather than feeling pushed to learn things that may be just a bit beyond them. It allows instructors to ensure people are adequately prepared for tests.

Tests Are Smaller: This is not set in stone, but it generally leads to smaller tests as everyone learns at their own pace. Smaller tests mean the instructors have a great ability to focus on the students and provide more directed feedback.

Fosters Self-Development: When students don’t feel under the gun to test, there’s an opportunity to focus more on refining technique and learning how to enjoy training for the sake of improvement, rather than the sake of the next belt.

Flexibility for Instructors: If you know you have 22 classes to impart a certain level of knowledge to students, it can be harder to feel like you can deviate from the curriculum and introduce different concepts. Again, this is more true for instructors who don’t conduct their own tests. Without set test dates, you can follow tangents while teaching that can keep things fresh for both you and your students.

No Semester: Students can jump into class any time they wish, since everyone is training at their own pace. It means new students don’t feel like their way behind everyone else since the entire club is not likely to be focused on an upcoming testing.

Lack of Motivation: Without a goal insight, people can lack motivation to train, come to class, or really focus on their technique, which can directly lead to the next point.

Cramming: You can still get cramming as people realize they’re not as comfortable with their technique as they should be because they haven’t been focused. Ideally instructors make sure they should have a decent level of knowledge, but at the higher belt levels students are required to take more ownership for their training, and without a goal in sight, they may lack the motivation that they really need to train that series of techniques they struggle with, etc.

No Unifying Testing Event: Without a grading to mobilize the club around, camaraderie can be more difficult to develop as people work at their own pace on their own things.

Falling Between the Cracks: In a larger school, there is a potential for instructors to miss students who have been toiling away quietly on their technique. Students who fall out of the norm, those who learn very quickly, or learn very slowly, tend to be more easily remembered by the instructors, and it can mean quieter students might get missed.

Instructors Wander: Set test dates don’t just keep students on target, they can also keep instructors on target. When an instructor doesn’t have testing requirements in the back of his/her head, they can wander and lack a cogent overall flow to their teaching. They may not even have a curriculum, which can cause trouble for students who crave structure.

By no means is this an exhaustive list, nor entirely inclusive. All of these points can and are successfully managed, minimized or turned to an advantage by instructors and students. Instructors who only have so much time before a grading can schedule specific days to innovate, or leave time at the end of classes to explore tangents. Clubs that don’t have mass tests can do other activities for bonding like holding social events, or special courses.

At the end of the day, any testing method has challenges to overcome, but by being proactive instructors can make the testing system they use work for them and their students.

What methods of testing have you experienced? How did you find them? If you’re an instructor, how do you maximize the advantages and minimize the disadvantages of your testing method? Please share your experiences below. 🙂