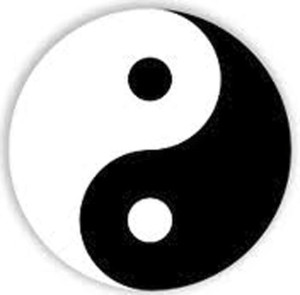 When it comes to seminars, this type of format in which the instructor teaches concepts from their style in ways that are applicable for a variety of styles, is one I love. This makes the concepts more relevant the students’ own styles, allowing the students to take that concept home and continue using what they learned. I usually try to teach principle-based seminars myself as described in my blog post, My Approach to Teaching Martial Arts Seminars.

The technique I chose for her class was the nose twisting takedown, one of the more practical, flexible takedowns from our style. We tried applying 7 of the 10 Taichi principles to our chosen techniques one at a time. Here are a few examples:

1. Empty neck, raise spirit. The idea is to remove tension from your neck and to have good alignment through the back, head and neck. To “raise spirit” is likened to drawing your posture straight as though being supported by an invisible string coming out the top centre of your head.

3. Sink shoulders, drop elbows. The idea in this principle is to not exert unnecessary energy holding up one’s shoulders and elbows while doing a technique. Keeping the elbows closer to the body is also generally more efficient as it allows one to transfer more strength from one’s core rather than primarily using arm strength.

4. Upper lower mutually follow. This principle reminds us that our upper and lower bodies should work together to support the overall goal of the technique. If the upper or lower body moves ahead of or even counter to its opposite, you aren’t able to apply core strength as easily thereby wasting energy by adding effort to the move, not to mention it just feels more awkward.

5. Continue without interruption. Ever try to do a technique only to stop midway through to adjust? If so, you may have noticed that you couldn’t just easily restart from the spot at which you stopped and adjusted, unless you were doing it slowly (one of the advantages of Taichi-style pattern training). For the technique to be at peak efficiency, you have to let the move flow without stopping, while maintaining correct form.

Now these may all be “Taichi” principles, but you could probably imagine how they can easily relate to techniques in your own style. I know for my chosen technique, the nose twisting takedown, I found myself quickly nodding in agreement recalling all the ways I’ve adjusted my own technique over the years, as well as how I’ve made corrections to the way students performed it. I hadn’t necessarily thought about it or described it the same way, but each of them applied.

There were also another 2 principles that were discussed that were more internal concepts that can also apply to Jiu-jitsu as well as many other martial arts. The way I explain them below may not be exactly the same as they might be taught in Taichi, but I believe the spirit is the same.

6. Use intention not exertion. What are you seeking to accomplish in the application of your technique? The intention is more important than the action. If you choose a technique to use and focus solely on that technique, like a dog with its teeth wrapped around a chew toy refusing to let go, you may end up using more exertion to force it to work without noticing there may be other options that would accomplish your technique’s intention more efficiently, whether those are different techniques or even non-violent solutions.

7. Inner outer mutually harmonize. When your mind, body and spirit are united in purpose, all your physical actions will be mutually supported. For example, if you’re practicing a technique and trying your best to perform it smooth and relaxed, but all you can think about is a fight you had with your boss at work earlier in the day, you’ll find it hard to get the relaxed state you’re aiming for in your body. Your body is a foot soldier. It only follows the orders it is given by its commanders, the mind and spirit.

You might wonder, “If you already knew or applied all those principles, what did you really get out of the seminar?” Teaching is an art. Not everyone learns the same way. Sometimes a different way of explaining something, whether it’s a different choice of words or a particular metaphor, can give a student an “Aha!” moment during which some aspect of the technique or the entire technique itself becomes clear. Now we don’t have a set of official foundational technical principles in our style (though we do have 4 principles guiding the way we teach and apply self-defense), so it was great to apply these descriptions as instructional guides after I went back to my own dojo. In class last week, I took the same technique and had my students apply the principles the same way I had at PAWMA. It was different from the way I usually taught, but my students really got something out of that different approach to explaining and training it.

The other thing I got out of that that Taichi class was a sense of unity among martial arts styles. For the most part, the technical principles we all use to improve our energy efficiency are the same regardless of style. This reminded me why I like cross-training and being exposed to different styles. There is always something to be learned if the teaching is sound and you’re open to it. The yin yang, a symbol showing the relationship of opposite forces, which each contain some of their counterpart within, is a symbol used to represent Taichi as a style. Interestingly enough, the logo I designed for my dojo is based on the yin yang. Jiu-jitsu may be a harder style, but there is softness in it. And while Taichi is considered a “soft” style, it contains applications which are harder in nature.

Now over to you. Have you ever trained in another very different style of martial art and found that it has parallels to your own style? Please share your thoughts in the comments. 🙂