The Power of Intention in Self-Defense 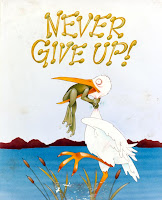 I was recently chatting with a Shorinji Kan friend of mine in Toronto who is preparing to test for brown belt in his style. He was saying that he felt that he was ready for the physical rigors of the test but was somewhat worried about the mental pressure and intensity he was anticipating from his ukes (attackers) during the test. I replied, “It’s all about intention.”

If your intention to defend yourself is stronger than your attacker’s intention to see his or her attack through, more than likely, you will prevail. My favourite analogy to explain this is that of the alley cat vs. the doberman.

A doberman is a big dog that could easily rip a cat to shreds in terms of a physical contest. But have you ever seen an alley cat fight? In comics or cartoons, an alley cat fighting is usually portrayed as a whirling mass with sharp claws sticking out violently. This is a pretty accurate depiction. An alley cat also hisses and squeals an awful high-pitched noise while it fights. So sure, the doberman could make short work of the cat, if it wanted to. But the doberman isn’t stupid. It realizes that if it did go in for the kill, it would take many scratches in the process. It could lose an eye or it could take one on the nose, damaging its sense of smell that it relies on for survival. Seeing the risk, the doberman shies away, because it simply isn’t worth it.

Another good analogy is the human vs. the wasp. Many people when encountering a wasp will uselessly flail their arms and run away to avoid a wasp. But why? Humans are massive compared to a wasp. Even if it did try to sting us, we could destroy it with one swift smack of our hand. As with the previous analogy, it simply isn’t worth being stung. So we choose to run away in a comical fashion.

So let’s apply this to our mentality when defending ourselves.

When I teach women’s self-defense classes, I tell the students, it’s not about being stronger than your attacker – that’s not likely to be the case. It’s about being an unappealing target. This starts before an attacker even makes a move. For example, I tell women that if they’re taking money out of an ATM and they feel like they’re being watched and sized up as a target, immediate hit cancel then yell and swear, maybe even kick something saying, “I TOLD HIM TO PUT MONEY IN OUR ACCOUNT! THAT &@#$* IDIOT!!!” This accomplishes 2 things at once. It communicates that the woman has no money to be stolen, plus it shows that she’s no pushover and might fight back or yell enough to bring attention to the situation if he makes a move on her. The woman has successfully made her potential intention stronger than that of her attacker’s.

But then if an assailant decides that the woman is worth attacking in a different kind of context (it certainly isn’t worth taking any risk just for money or material possessions) the woman has to become an alley cat. I teach women to yell loudly and aggressively, using words that communicate that she is in trouble, like “STOP!” or “NO! LET ME GO!”, while combining it with strikes to vulnerable targets.

This plays on the psychology of the attacker. Most attackers who physically prey on women are not looking for a challenge. They look for easy victims that reinforce the perception they are trying to create that they themselves are stronger and more powerful. They also don’t want to get caught. This naturally limits the risk he is willing to take and the defending force he is willing to face in the assault.

A woman can make further increase her intention by raising the stakes in her own mind. She can do this by thinking about the situation like she is not simply defending herself. She can imagine that the man will attack and rape her daughter, mother, sister, anyone she cares deeply about, when he is done with her. Alternatively, she could imagine that this man will take away her ability to do the one thing she loves most in life. If she is an athlete, he could paralyze her. If she is a writer or another kind of academic, he could cause her brain damage. By thinking in these terms, women can increase their intention to fight back to a degree they couldn’t normally summon up in their day-to-day lives. And when a woman fights back with that much intention, you better believe that the attacker would think twice.

Now to bring this into a grading context like my friend is anticipating.

Your ukes who will attack you during your grading will definitely be putting pressure on you as that is what they have been commanded to do to test your skills and intensity. When you’re facing intense circles or V’s or multiple attacker situations, make your intention stronger with a loud kiai. It may not psychologically affect your attackers in your particular situation because they’ll all be fairly experienced martial artists that are used to hearing kiais (though it does have a greater affect on students from the lower ranks). A kiai does, however, put more intention into your weakeners, the strikes you use to soften up your ukes, so you can take them down. When they feel a solid weakener, they’ll loosen up because they know if they don’t, they’ll get it twice as hard the next time. As a result, your intention to defend becomes stronger than theirs to attack you.

Good luck to all the Shorinji Kan-ers who are up for gradings this and next month!

4 thoughts on “The Power of Intention in Self-Defense”