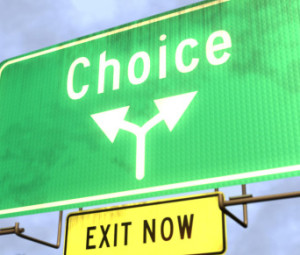 In the martial arts, we often talk about the mental benefits of our training. This is not just about developing courage to face a self-defense situation and fight back if necessary. Nor is it only about building the confidence required to learn the physical skills involved in one’s training. The mindset learned through martial arts training also has practical applications for dealing with the wide variety of personal challenges and conflicts we face in daily life.

A couple of weeks ago I went to get my hair cut at a local hair dresser. I had bought a discount offer through one of those daily deal websites. The hair dresser seemed a little stressed and withdrawn, but she did her job. At the end, she said she had to put through an additional charge, which I assumed was for the taxes that were not included with the deal. I gave her my credit card and punched all the buttons on the machine not paying close attention to the transaction. When she handed me the receipt I noticed the charge was for $10 (10x more than the taxes should have cost). I asked her about this and she said it was because I had long hair. I hadn’t seen any mention of the extra charge on the coupon so I asked her to show it to me in case I missed it. She angrily insisted it was there, but couldn’t point it out to me on the print-out, becoming increasingly agitated. She then claimed that it was the same as the $10 charge for extra foils for the partial highlights included with the deal, a service I had declined completely. I asked her to refund the charge because I said there was no justification on the written offer for the charge. She then started yelling at me at the top of her voice saying I was ripping her off and that I wasn’t even going to leave a tip (I had planned to leave a cash tip but hadn’t had the chance yet). She said it wasn’t her fault I declined the highlights. She said she was never doing these website deals ever again. Basically, she was raging and no longer able to talk reasonably or have a coherent conversation. I spoke to her clearly and assertively, “You can’t just charge people for something that isn’t accounted for in the written deal. Please refund the charge. Otherwise I’m going to have to report this to the deal website.”

She looked at me angrily but relented, “Fine, it’s really not worth it for $10,” she spat and proceeded to do the refund. She then got really quiet and slumped down her chair, looking really upset and despondent. She looked like she was going to cry.

I then asked her how much the charge was for the taxes. She looked startled. “Thank you for paying that. I figured you’d just leave,” she said, her demeanour softening.

I paid her the amount then handed her a $5 bill telling her it was her tip. “I know those deal sites don’t always work out the way you expect,” I told her. “I hope this helps.”

She looked up at me half in tears, and thanked me. I put my arm around her to comfort her, telling her, “It’s okay, we all have rough days.” I then walked out the door.

“When you have a choice to be right or kind, choose kindness and watch your suffering disappear.” ~Dr. Wayne Dyer

While many people might agree with the spirit behind this quote, some still look at what I did in my situation and say that I rewarded unjust behaviour, encouraging the woman to repeat it. Like in any self-defense situation, we all have to choose what we think the best course of action is for the hand that we’re dealt. All I can say is that when I saw the look in her eyes as I handed her the tip, she realized that I wasn’t the person she thought I was and she regretted her earlier behaviour. My hope is that she had the realization that
everyone isn’t out to get her, influencing her future dealings with customers. If I had self-righteously stormed out of there after getting what I wanted, she would have more likely looked at me with contempt, satisfied that she had been right to treat me as she had, which I think would only perpetuate the negative attitude that had caused the situation in the first place.

Sometimes choosing to be kind to someone who has wronged you can help turn someone around. Your unexpected reaction has the power to help them re-analyze the situation. When you change the way you look at things, the things you look at change, or so the expression goes. If your kindness makes an impact on that person, it can have a ripple
effect in the people that they come in contact with, which can ripple further and further to still more people. All this being said, it doesn’t mean there aren’t occasions in which it makes sense to stand up for yourself or others. I was still assertive with the hair dresser  in the beginning, having kept enough composure that I was able to firmly explain my position without losing my head, no matter how much she yelled. This type of composure is also something I attribute to my years of martial arts training.

The Martial Mindset for a More Peaceful World

The above kind of thinking is part of the martial arts mindset in the modern world. We train ourselves to have the courage and compassion to choose actions that have a positive impact on the world despite the increasing doom and gloom that is riddled throughout the news. It’s not simply about learning to fight for self-defense or sport (depending on the emphasis of the martial art), it’s also developing the confidence to know when not to fight, for our own safety and peace of mind, but also for the good of the world around us. The video below is a perfect example of this mindset.

Do you have any examples in which the martial arts mindset has helped you handle a conflict or challenge in your daily life? If so, please feel free to share your experience in the comments. 🙂