How to Save Money on Medical Tape 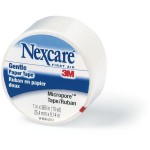 As a martial arts school owner, I have to keep my first aid kit well stocked. The two most commonly used supplies are band-aids and medical tape. Lots of students get minor joint injuries to fingers and toes, not necessarily on the mats, but they do want to keep training and in order to do so, they need to tape them up to keep from re-injuring them. As a result, we go through a LOT of tape. 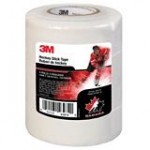 Medical tape is rather expensive, priced at $6.99 for an 11 metre roll at London Drugs. But medical tape is really just cloth tape, and it’s usually removed and thrown out after each use. So instead, we buy hockey tape to save money. You can get four 15 meter rolls at Canadian Tire for the same price of $6.99. They’re both made by the same company (3M). No one even notices the difference between them. If anything, most prefer the hockey tape because it stays on better. The only disadvantage is that it is a little less flexible, but most of the time this isn’t an issue.

I know, I know. Leave it to the Canadians to find yet another use for hockey tape, but hey, if it saves money, why not? 🙂

4 thoughts on “How to Save Money on Medical Tape”