How ‘Will to Win’ Affects Martial Artists 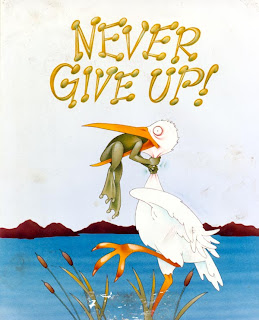 Last week, I discussed choking while performing in the martial arts and how it is very different from lacking ‘will to win.’ This week, we’ll take a closer look at ‘will to win’ and how it affects martial artists.

Having motivation or the “will to win” is an important aspect of martial arts, not simply ones with a competitive emphasis. In the context of self-defense, having the will to win is huge.

Having the will to win is being in a psychological state that can help push you past your usual barriers and summon up strength and/or creative use of your skills that you never knew you had in you. It’s what gives a mother the adrenaline dump to move a car that has her child trapped. It’s what makes a prisoner of war tell himself stories aloud to overcome the crippling loneliness and despair months, even years of human isolation. It is amazing what obstacles humanity can overcome when instilled with the will to win.
For a martial artist, will to win is what makes a woman able to fight off a much larger attacker by doing something completely unexpected with devastating effects. It’s what gives you the energy to keep fighting when completely exhausted. It’s what keeps you from freezing in fear when faced against a deadly weapon or multiple attackers.
People without will to win often defeat themselves before they’ve even begun. They see obstacles as insurmountable and, as a result, don’t try or make a lack-lustre effort that is doomed to failure. And when failure occurs, they use it to justify their negative judgement of the situation.
Most martial arts in some way try to instill will to win in its participants. Some do it through competition. Others do it through tests, be it formal tests like belt gradings, or training tests that put you under pressure, like martial arts circles or high stress sparring against multiple attackers. In either kind of test, you can be pushed to your mental and/or physical limits to help develop the will to win to push past tiredness, nerves, disadvantaged defensive situations, etc.
In our dojo, we don’t do competitions, but we do use both formal tests and training tests (like the ones previously described) to instill will to win in our students. In what ways are you pushed to the limits at your dojo?

Tags: motivation | will to win

2 thoughts on “How ‘Will to Win’ Affects Martial Artists”