This past week, I travelled to Chicago where I had the privilege of teaching and training at the National Women’s Martial Arts Federation‘s annual “Special Training Camp.” This event is similar to the one that a sister organization, PAWMA (Pacific Association of Women Martial Artists), offers annually, which I taught and trained at in Oregon last fall. It was an incredible experience that was fun, interesting and educational, but also supportive and inspiring. (Photo below shows the training area, capable of handling 8 classes running simultaneously.) 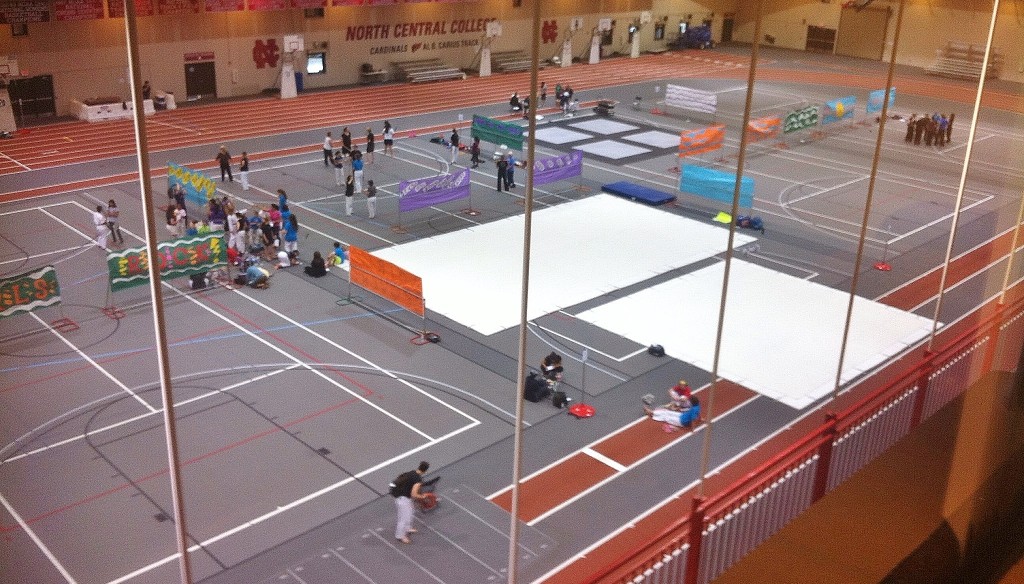 The Early Program – The Self-Defense Path

My initial arrival was a whirlwind. A number of instructors who had been at PAWMA camp last year approached me with warm welcomes and news of how they had used what I had taught in their classes. Several also expressed interest in being an uke for my class demonstrations, which I very much appreciated not having come with any of my own students. I also found myself befriended by a few instructors whom I met there for the first time who only knew of me because they had read my book, as well as many who had no prior knowledge about me whatsoever. Because I was the one teaching the only two physical self-defense classes in the first two days, the early program of the camp, everyone quickly became familiar with who I was.

Many of the camp’s other martial arts trainers who had arrived early came to my two classes in the early program, even ones with decades more experience than I had. It was incredibly humbling to have so many of these highly experienced trainers offer thanks and appreciation for my skills as a martial artist and teacher. It was in those first two days that I came to feel like one of the tribe, creating a platform of familiarity and comfort in which my relationship with its members would grow profoundly.

I also got to attend some classroom-based training sessions related to self-defense during the early program, including classes with topics such as criticisms that are coming up against women’s self-defense, and the portrayal of violence in the media and how even advertisements for women’s self-defense programs and anti-violence campaigns disempower the very people they’re intended to help, to name a couple. (This last one was taught by my most excellent room mate for the week, Alena Schaim along her partner Martha Thompson, whom both work for IMPACT, an organization that serves to teach personal safety, assertiveness and self-defense as part of a comprehensive effort to prevent sexual assault and other acts of interpersonal violence and boundary violations.) I learned a lot of useful information in these that I’ll be using in relation to my own women’s self-defense classes.

The Main Program – Enter the Martial Arts and Healing Paths

Thursday evening, the main program began and the vast majority of the students and the remainder of the camp trainers arrived from all over the US and even a few from Canada, Australia and Ireland. There were a total 52 trainers (a lively group as you can see below) and around 300 students. The main program saw the addition martial arts and healing classes, as well as the continuation of self-defense classes. I was happy to train in 9 different classes between Thursday evening and Sunday morning with wonderful teachers from all different backgrounds, in terms of martial arts style, home towns, ages and ethnicities. I learned everything from nunchaku to martial massage (or at least that’s what I call it), from sticky hands training to iron shirt body cultivation techniques, and more besides. One class even taught ways of adapting martial arts training for older adults. I took away useful information from every one. And while I found the training fun and educational, it wasn’t even what I appreciated most about the camp.

Seeds for the Future 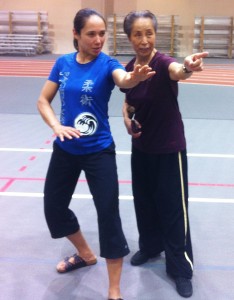 There aren’t many women in my Jiu-jitsu circles who have trained more than a decade. And I hadn’t had any connections with women who had trained more than 30 years in any martial art until I went to PAWMA. Now, within a short period of time, I have enriched my life with close connections to quite a number of women with this level of experience. I now have women role models who serve as examples of what my future could be like if I keep doing what I do, who can understand what it’s like to be a woman martial artist and instructor, as well as the unique issues we face. And not only are they willing to help however they can, they also encourage me to share my knowledge with them and the greater community. One such instructor, Master Su Zifang, known as one of the “hundred living treasures of China” (seen with me on the right) is a Chinese martial arts instructor and a portrait of poise and confidence, humbly embodying the highest achievement of a martial artist. Even with our language challenges, I was able to learn through our conversations and by watching her example, with no small thanks to Sifu Kore Grate, another fantastic instructor with decades of experience, who helped articulate concepts that helped me as a martial artist, instructor and even as a person.

This sense of supportiveness was truly highlighted at the Super Saturday training during which a number of classes were open for men from the martial arts community to train alongside the women. It was during one of these classes that I met a male Brazilian Jiu-jitsu instructor with a wrestling background (seen with me below) who had found himself in this unfamiliar territory for the first time. He and I trained together in the sticky hands class and he became my primary uke in my own class in which I taught balance-breaking concepts for applying takedowns and joint locks on bigger attackers (weighing in at 216 lbs, all muscle, he was an ideal choice). After the day of training, watching the demo in the evening, and just generally hanging out with everyone, he not only appreciated what he learned and enjoyed what he saw, he was also in complete awe of what NWMAF had created; an amazingly supportive community in which instructors of all levels were comfortable freely sharing their knowledge, as well as taking on a beginner’s mind and learning from everyone else. In his experience, this was a rare community, a true treasure. The fact that he, a man who could have easily felt very much out of his element, felt this way meant that the camp delivered what it intended, a welcoming environment in which people of all walks of life can feel safe and supported as they strive to develop as martial artists. 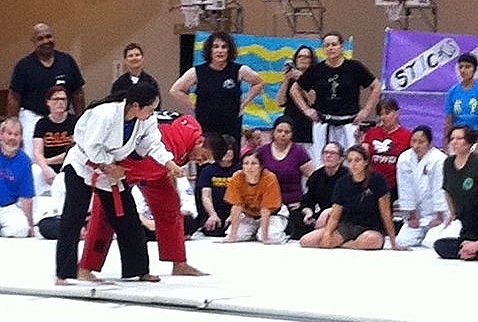 The next upcoming event is PAWMA camp in Turner, Oregon this coming September. Now that I’ve been to two of these events, I would like to recommend them to as many women martial artists as I can. They are also open to applications to teach from instructors new to the camp. You can’t put a price tag on the experience you can have at them. I will be teaching at PAWMA Camp so if you would like to join me, I would love to discuss with anyone who may be interested. Check out all my photos from the camp on the PWJJ Facebook page.

5 thoughts on “Igniting My Martial Heart: My Experiences from NWMAF’s 2014 Special Training Camp”