The Benefits of Being an Uke for Belt Tests 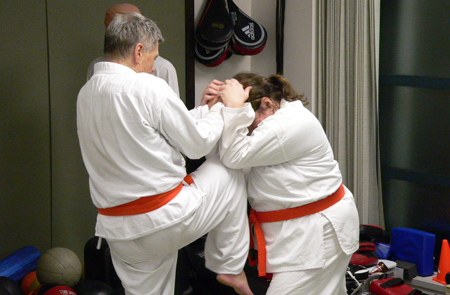 On the surface, being an uke or “beat-up dummy” for a belt test can seem like tough gig. The role of uke (Japanese for one who receives) involves holding pads for strikes and attacking the student testing so they can demonstrate their knowledge and abilities. But if you look past the surface, there are a number of benefits the uke receives while being hit, thrown and submitted.

Have you ever been an uke for a belt test? Do you think there are any other benefits? If so, please feel free to share in the comments.