When the Fight Goes to the Ground: Jiu-jitsu Strategies and Tactics for Self-Defense

A Book/DVD Combo by Lori O'Connell 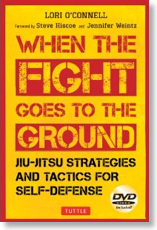 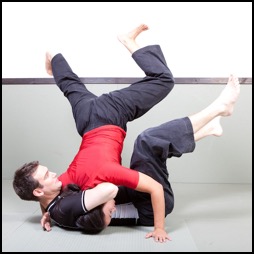 In a street defense scenario, the ground is a dangerous place. Size and strength advantages are multiplied. You face a variety of potential environmental hazards, whether it's rocks, broken glass, or even the ground itself. You are exposed to any communicable diseases your attacker may have. You are also more at risk when it comes to multiple attacker scenarios or the use of knives as weapons. When it comes to self-protection, avoiding the ground is sensible, but you may not always have the choice.

The way you train is the way you fight when push comes to shove. While it's good idea to actively learn defensive strategies for ground fighting, it is important to put those skills into the context of how you want to use them. Competition grappling arts can teach a great base of ground skills, but if they're only taught in a sporting context, you miss out on valuable concepts and techniques that give you the winning edge in a real fight. The standard practices, equipment and rules designed to make competitions safer don't exist on the street, so you need to be prepared for the different mindset that comes with it.

Whether you're an experienced submission grappling competitor, a traditional martial artist training in a stand-up striking style, or a law enforcement professional, When the Fight Goes to the Ground provides a practical system of self-protection for street-oriented ground scenarios. This instructional book/DVD combo offers a complete guide to ground fighting principles and techniques for use when rolling in "the mud, and the blood, and the beer." It establishes the risks and hazards of ground defense scenarios, presenting strategies for minimizing them. It introduces a wide range of tools for defense, including the targeting of vital areas, body shifting/control techniques, and the concept of "weapons of opportunity," all of which are easy to learn and apply to provide an adaptable skill set for anyone, regardless of size, strength, or gender. These tools are then shown in various combinations, supplying a host of examples of how they can be used against specific types of attacks, including simple hold downs, ground & pound, submission grappling pins, chokes, arm locks, leg locks, even knife attacks and multiple assailant scenarios. In addition, this book also gives you useful training suggestions and approaches, addressing graduated skill development, the challenges presented by different body types, and safety practices at all levels of training. 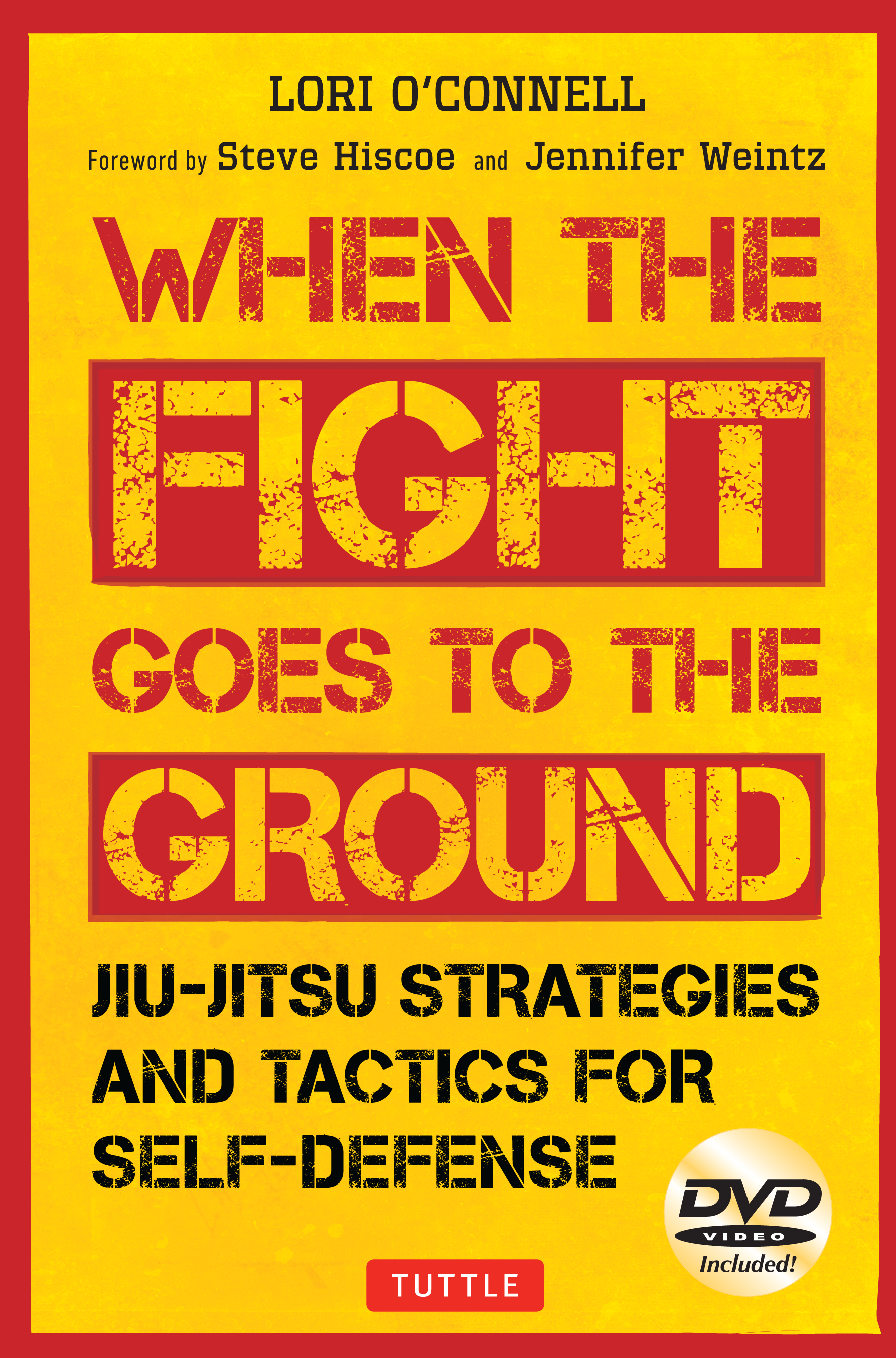 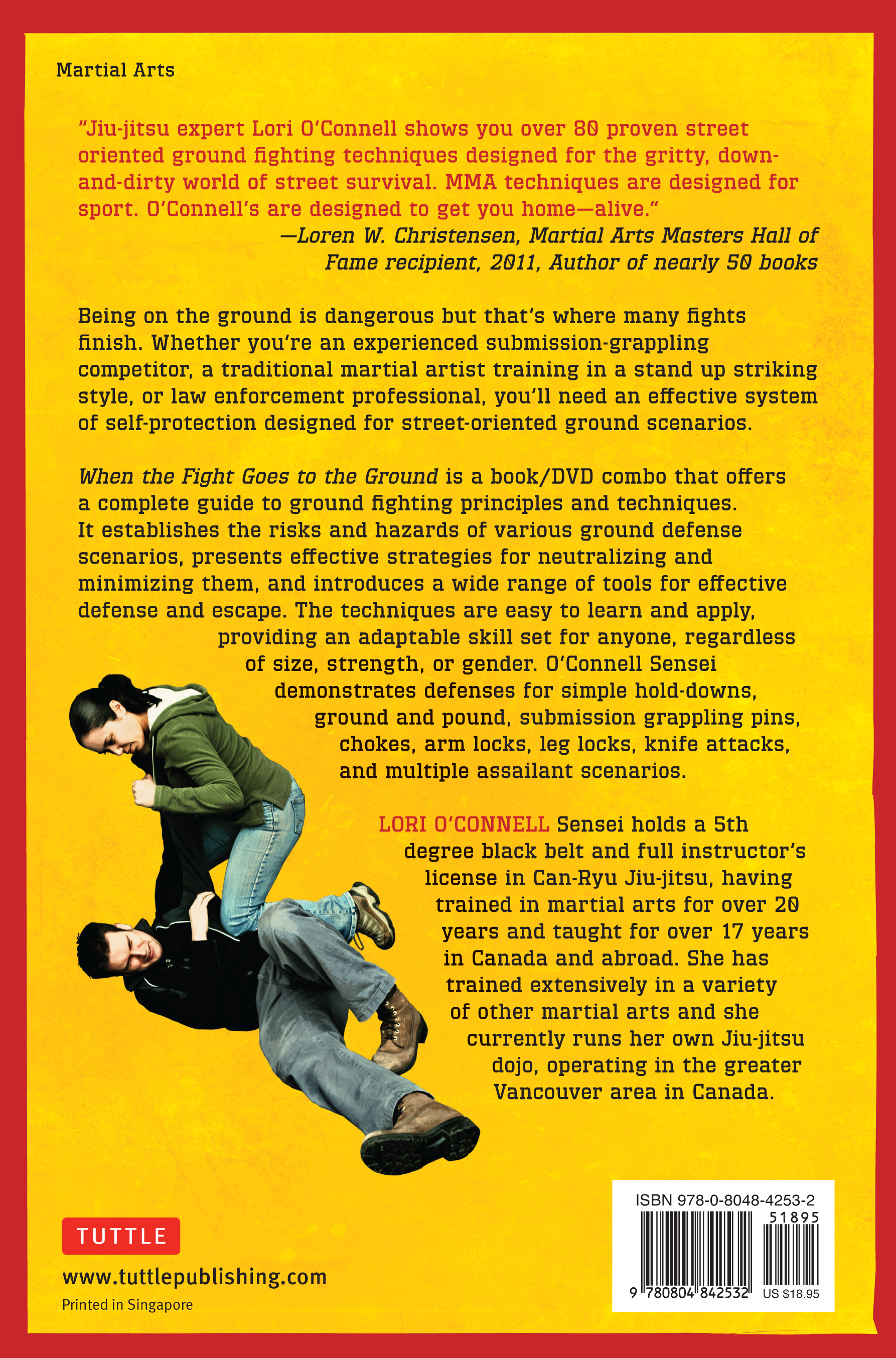 "Excellent book, and great value for money. Lori provides great advice on using ground fighting skills in a self-defence context. All of the techniques are clearly explained and well illustrated with photographs, with tips for how to drill and practice the techniques - very useful for those with limited or no ground fighting experience. In addition to the technical content, there is also sound advice on legal implications and strategic considerations, which even those with a comprehensive competitive grappling background should find useful. The included DVD is a great bonus to help visualize the techniques. I am definitely recommending this book to my students." Andy Dobie, 5th Degree Black Belt Shorinji Kan Jiu jitsu, President of Jitsu Canada.

"I ordered this book some time ago to add to my growing dojo library and I just finished my first complete read through recently. Why? Because my students kept borrowing it from me before I could finish! They would keep telling me how good it was. My solution was this: I took the book back and have now made it required reading for upper belt advancement. So, now they have to order their own! No one batted an eye at this. To be clear, the material in this book primarily covers strategies for use of ground fighting skills in situations of self defense and street survival. And, in this, it exceeds expectations. My law enforcement and military students have expressed a fond appreciation for the functionality and directness of the material and have expressed as well that O'Connell Sensei's approach to ground combat has caused them to reexamine and pay more attention to these particular skills. Bear in mind, these are men and women (Army infantry, Army Combatives trainers, corrections officers, sheriffs, local police, military police) with varying levels of ACTUAL EXPERIENCE WITH REAL VIOLENCE, for whom submission is rarely an option and remaining on the ground in a tangle of limbs to simply out-grapple an opponent is unthinkable and borderline suicidal. For my part, I found the presentation of the material in the book to be remarkable and extremely accessible. The strategies are cohesively laid out and explained, and the techniques and drills are shown in ways that make them easy to understand and replicate for one's own training. And the DVD that comes with the book is FANTASTIC!!! I wish all martial arts instructional books could include one. O'Connell Sensei shows a vital intellect and understanding in her brief explanations of techniques, and the moves themselves are shown clearly at several different speeds and some different distances. VERY helpful for people looking to include her methods in their curriculum. I highly recommend this book to anyone interested in further examining the application of practical martial arts in ground-based self defense and combat." ~Damien Wright, Renshi, 5th Degree Black Belt, Nagasu-ryu Jiu-jitsu, Sunrise Martial Arts Academy, New Egypt, NJ

"When you pick up this book, understand that it is a good basic self defense read. Nothing too fancy with great explanations and step by step photos. With the popularity of BJJ today, many of these books get brushed to the wayside. They shouldn’t. Even if you are a BJJ player, adding some of these concepts will help your overall tool box. That’s a good thing." ~Ari Bolden Knazan, Founder of Submissions101.com, 4th Degree Black Belt Goshin Jiu-jitsu, BJJ brown belt, 17-year security professional career.

"When the Fight Goes to the Ground gets my endorsement. This is a work I intend to visit again in order to integrate some ideas and methods into my own training and teaching. If you're looking for practical, repeatable self-defense tactics for ground fighting that don't require high level acrobatics then this might be the book for you too."—Matthew Apsokardu, 4th Degree Black Belt, Okinawan Kempo Karate, Author of Ikigai Way martial arts blog.

"When the Fight Goes to the Ground is extremely well written, easy to read and is professionally done. Sensei O'Connell expresses herself very well and is clear in her teaching progressions. The DVD is a tremendous compliment to the book. I highly recommend this book for those wanting to learn the concepts of self-defense when on the ground."—Brian Johns, Owner/Head Instructor of the Filipino Martial Arts school, Bamboo Martial Arts Centre

"First and foremost a big tip of the hat to Ms. O'Connell and Tuttle Publishing for creating a well-written and well-photographed book. I have written book reviews in an academic setting, and, on occasion, I've had to review books that are not as functional as this book. This, however, was not the case and what you will find in this book is clearly written and clearly illustrated. This book presents a practical and realistic approach to ground defense."—Bob Patterson, Author of Striking Thoughts martial arts blog

"Great reference book for learning ground defense techniques as opposed to ground fighting. I really enjoyed the illustrations which backed up Sensei Lori's key points. I highly recommend this book and have done so to all my students. Jood job Sensei! ~Dave Woods, 3rd Degree Black Belt Can-ryu Jiu-jitsu, instructor of Nor-Alta Jiu-Jitsu.

"When the Fight goes to the Ground is an excellent source of information on something that is not often seen, and is presented cleanly and professionally. It's also wonderful to see something of this nature come from a smaller, female martial artist, rather than a larger person, who might not have as much "need" for good technique in such a situation. It is a good book that is deserving of attention from anyone who has an interest in the martial arts or self-defense."—Stu Cooke, 1st Degree Black Belt, Shorinji Kan Jiu jitsu.

"The book is an excellent resource to use when you begin or continue training for fighting for your life on the ground. The pictures were fantastic, and provided a fluid visual resource to go with the well written content. I was impressed that she pointed out the various body types you may encounter when fighting on the ground, and the various body types that the readers could be." ~Matthew Der, First Degree Black Belt, Shorinji Kan Jiu jitsu, instructor of Jitsu Calgary.

Full Reviews of When the Fight Goes to the Ground:

*5-Star Rating on Amazon.com: See all 25 reviews on Amazon. 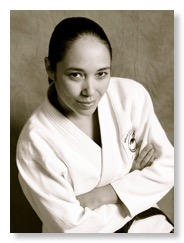 Lori O'Connell Sensei holds a 5th degree black belt and full instructor’s license in Can-Ryu Jiu-jitsu, and has trained in martial arts for over 20 years and taught martial arts for over 17 years in Canada and abroad. She trained directly under the heads of the style of Can-Ryu, including Ed Hiscoe Hanshi (current head), Steve Hiscoe Shihan (heir apparent) and Professor Georges Sylvain (founder). Lori was chosen as one of the main demonstration models in several of Professor Sylvain’s training videos, including The Persuader Key Holder Self-Defense System, Police Pressure Point Techniques and The Use & Application of Pepper Spray against Dogs. In addition to her Jiu-jitsu training, Lori has trained extensively in a variety of other arts, including BJJ, MMA, Shorinji Kan Jiu jitsu, Western Boxing, Shotokan Karate, Aikido, Hapkido, Taekwondo, and more besides.

Having been recognized for her talent in ground defense applications and as a martial artist in general, Lori was asked to review Can-Ryu Jiu-jitsu’s existing ground defense curriculum to see where improvements could be made, in keeping with the core principles of the style. The concepts and technical system she presented was well-received and incorporated into the main curriculum.

Lori currently runs her own Jiu-jitsu dojo, Pacific Wave Jiu-jitsu, operating in the greater Vancouver area in Canada since 2006. In addition to teaching there, she also regularly instructs at regional Jiu-jitsu conferences, black belt seminars, and as a guest instructor at other martial arts schools. She also teaches local women’s self-defense programs, personal safety & awareness programs, and corporate/private self-defense seminars.