Lori O'Connell Renshi holds a 5th degree black belt in Can-Ryu Jiu-jitsu and has trained in martial arts for over 25 years. She has trained under Ed Hiscoe Shihan (head of Can-Ryu Jiu-jitsu) in Ottawa and with Steve Hiscoe Shihan in Chilliwack. She completed instructor training with Professor Georges Sylvain (founder of Can-Ryu) and holds her full instructor's license. 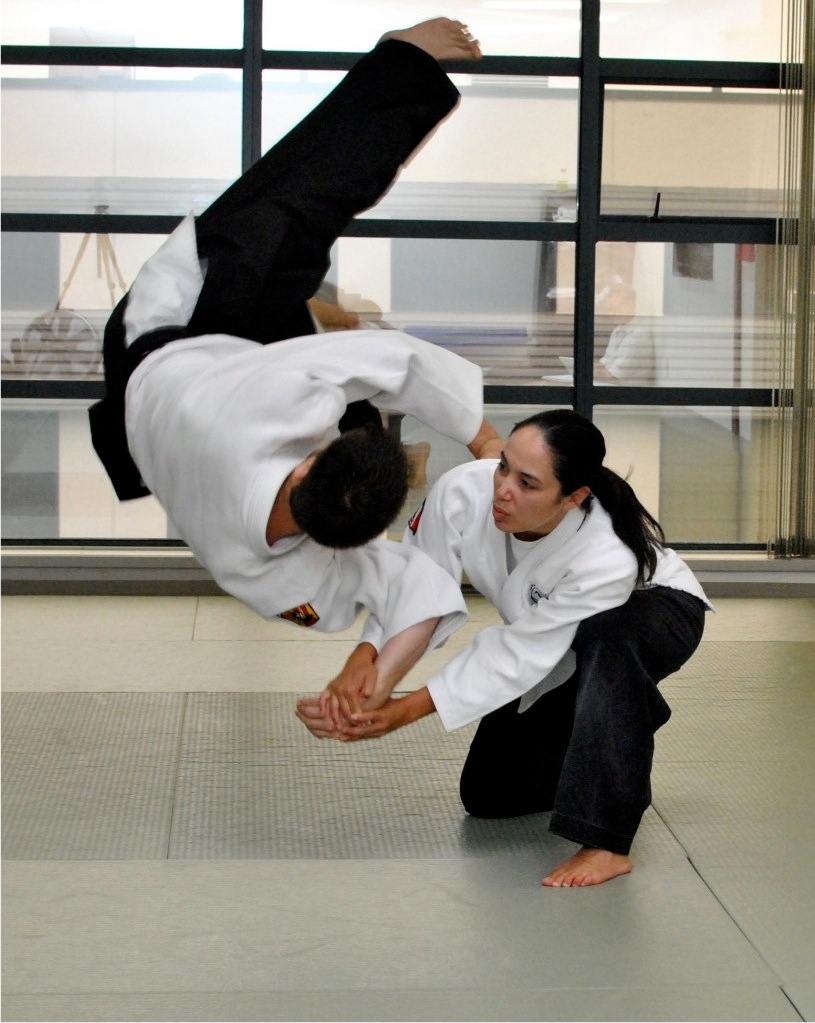 As part of her involvement with Professor Georges Sylvain's development of the Can-Ryu 2000 program, Lori was one of the main demonstration models in several of his training videos including The Persuader Key Holder Self-Defense System, Police Pressure Point Techniques and The Use & Application of Pepper Spray Against Dogs.

Lori has taught martial arts for over 22 years in Canada and abroad. She started teaching at her home dojo in Ottawa, moving on to teach at the University of Ottawa. She later moved to Iwaki, Japan, where she lived and worked on the JET Program for 3 years. She started a club there, teaching both Japanese people and foreigners living there. After she finished her teaching contract in Japan, she moved to Vancouver where she eventually founded West Coast Jiu-jitsu in January 2006 (now known as 'Pacific Wave Jiu-jitsu'), which has grown steadily since it started to become the dojo it is today.

Lori regularly teaches seminars at other martial arts schools, at conferences and at local businesses, in Canada, the US and internationally. She was a featured instructor at PAWMA's (Pacific Assoc of Women Martial Artists) annual camps in 2013 and 2014, as well as NWMAF's (National Women's Martial Arts Federation) camp in 2014.

Lori has trained in a variety of other arts to broaden her perspective, including BJJ, MMA, Western Boxing, Shotokan Karate, Aikido, Hapkido, Taichi, Taekwondo, and more besides. Her original introduction to the world of martial arts pre-dating her Jiu-jitsu training was western fencing, in which she competed at the national level and in the university circuit for 7 years. She currently does additional training in Shorinji Kan Jiu-jitsu, KokoDo Jujutsu and Filipino martial arts as a supplement to her activities at her own dojo. Part of her motivation lies in the work she does outside the dojo as a stunt performer in the Vancouver film industry. She firmly believes in continual learning and progress in the martial arts.

In addition to her martial arts training and teaching, Lori has published 2 books. Her most recent book, When the Fight Goes to the Ground: Jiu-jitsu Strategies & Tactics for Self-Defense, was written for Tuttle Publishing, an international publisher of martial arts books. She also wrote Weapons of Opportunity, about her personal experiences teaching and training in the martial arts. Lori also writes regularly on the dojo's martial arts blog.

In addition to her martial arts background, she also earned a BA in Communication, carries Level-1 Coaching certification, and is certified through St. John's Ambulance in first aid and CPR in the rare case of class emergencies. Lori also volunteers as a Big Sister for Big Sisters of BC Lower Mainland and as a climbing mentor for Climb and Conquer Vancouver.

"I don't have size or strength on my side, but I've learned to make up for it with technique and tenacity." -Lori O'Connell Renshi 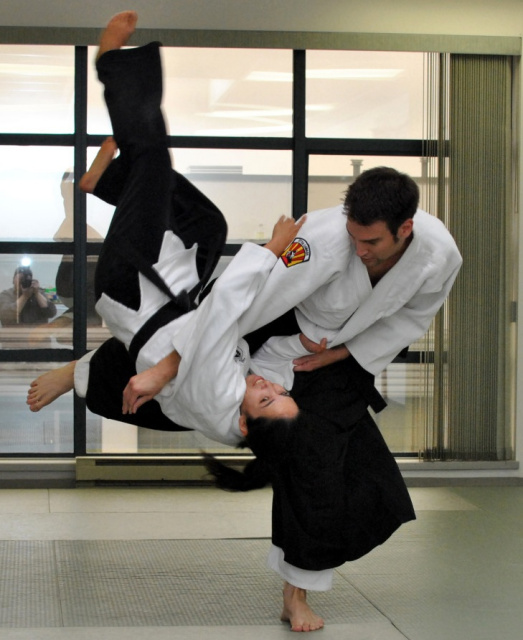 Chris Olson Sensei has been training in Jiu-jitsu for over 19 years, and holds the rank of Sandan (3rd degree black belt) in Can-Ryu (under Lori O'Connell Sensei) and Shodan (1st degree black belt) in Shorinji Kan Jiu jitsu (under Andy Dobie Sensei, head of Jitsu Canada). He has 14 years experience both leading and assisting in the instruction of classes. When not teaching classes, Chris works as a security professional in the Vancouver area. He is also certified in first aid and CPR in the rare case of class emergencies.

Chris started training at Pacific Wave in 2006, having moved to the Vancouver area from his native Ottawa. He held the rank of brown belt in Shorinji Kan at the time, but with no dojos of that style in the area, he took up training with us so he could maintain his Jiu-jitsu training. Since then, two Shorinji Kan Jiu-jitsu dojos have opened up in the area and he came to assist the dojos in whatever ways he could, while maintaining his Can-ryu training at Pacific Wave Jiu-jitsu.

Chris eventually earned his Shodan in Shorinji Kan in Dec. 2009. The following fall, he earned the same rank in Can-ryu, becoming the 1st person to hold a black belt rank in both styles. He then went on to earn his Nidan in Can-ryu in January 2013, and Sandan in 2019. He also has a Bachelor of Journalism degree from Carleton University. 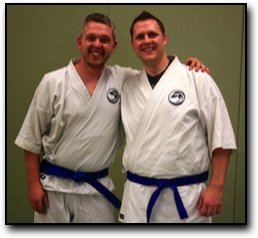 David and Kevin are the energetic teachers of our Jiu-jitsu Tykes class for 5-7 year olds. They are positive and confident role models who create a supportive atmosphere that encourages every child to do their best and have fun doing it. David and Kevin both started their training in Can-ryu Jiu-jitsu at PWJJ over 12 years ago. David had started a few months earlier, but as long-time best friends, it wasn't long before Kevin joined, sharing their common interest in the martial arts. Both are proud parents, each with 3 children, all of whom are following in their footsteps having demonstrated interest in the dojo from an early age.

Both David and Kevin are both people-oriented managers in their day jobs, David at a local print shop, and Kevin as a shop manager of a local automotive dealership. David has a long history of working with children, having volunteered at a local boys and girls club in his teens, later becoming a member of the North Delta Parent Participation Preschool, where he attended monthly parent info sessions taught to industry professionals on subjects such as communicating with small children, how children perceive their surroundings and each other, and the physicality/inner working of the young mind. He also volunteered to be in classes helping out with the children twice a month. Kevin, as the father of 3 boys, is very active with his sons with whom he enjoys many outdoor activities, including hiking, cycling and walking in local parks. He is also a certified level 2 first aid attendant, with CPR and AED training.

If you would like further information, don't hestitate to contact us or check out our martial arts blog.